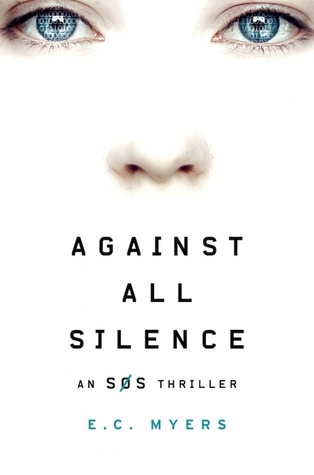 The government’s been building robots in a secret program, and they look exactly like humans. They’d been building them for years before anyone outside the government found out. When the secret program was discovered, the leaders won public opinion over by offering robots up for sale to the public — who wouldn’t want a robot to do the cleaning and the gardening? But Vienna doesn’t trust them, not one bit. So when her mom brings a robot into the house to be their cook Vienna is horrified. But she soon learns there’s a lot more to robots than she imagined. That’s lucky for Vienna, because before too long one gorgeous specimen of a robot is the only thing that’s keeping her safe from the government that invented him.

I was intrigued by the premise of this story: humans and robots in society, a human-robot love story to boot. Sheena Snow has written an intriguing tale. Though Vienna is a teenager, this story reads more like an adult romance/adventure than a young adult novel. That’s not really a criticism; I simply found it surprising in a book that’s being marketed as YA. It’s an adventure and a love story, but it seems particularly unmarked by adolescent angst. It’s fairly violent but not sexually explicit.

I was drawn in and read this fast-paced book quickly. A couple of unanswered details niggled at me as I read, but I can be an  impatient reader and it may be that the author is saving the reveal for future books. Sparked is billed as the first book in the Metal Bones Series.

I read this book courtesy of the author and Kate Tilton in exchange for an honest review.

Elizabeth Grey was orphaned by plague and works in the castle kitchens, but she’s no pity case. Elizabeth’s scullery maid exterior is simply a cover for her real job as one of the country’s elite force of witch hunters. Things are not easy or even right in Elizabeth’s world, soon fate turns against her and Elizabeth is forced to reevaluate everything she thought she knew about her life and her world.

Set in an alternative sixteenth-century England, The Witch Hunter explores the place of magic in the world as a teenaged witch hunter becomes entangled in a struggle for power and control. Elizabeth is an appealing main character, strong and capable and yet vulnerable in many ways. The action and high stakes keep this story moving right along. It’s a great debut and it looks the door’s open for at least one sequel to follow.

I love books about magic—especially witches—and those about English history. This alternative history did not include any real historic figures and yet the setting and world view felt deliciously familiar. I’ll be watching eagerly for the next installment.

I read this book courtesy of Little, Brown Books for Young Readers and NetGalley. The release date is June 2, 2015.

Scarlett’s an orphan. Her father was murdered. Her mother died of cancer. Her sister’s caught up in medical school. But don’t waste time feeling sorry for her; Scarlett’s anything but pitiable. She’s smart – graduated high school at 16. She’s enterprising – started her own detective agency. She’s tough – a wise-ass and martial artist who carries an old police baton into dangerous neighborhoods. She’s a typical teen – not sure if she wants to practice her parent’s religion, distracted by a certain boy, determined to avoid anything that will curtail her freedom.

I love a mystery, and if it comes with a smart-ass detective, even better. Scarlett really won me over, as did the nod to hard-boiled detective stories of the past. Scarlett’s character is compelling. She’s tough but she’s compassionate. She wants to save the world and kiss a boy, but most of all: she wants to solve her father’s murder.

Scarlett Undercover involves the murder of Scarlett’s father and the suicide of a teen, so it may not be for all readers. I expect most readers who like a good detective/adventure story will like this book. There is a culty supernatural element thrown in that may not appeal some readers. I hope there will be more Scarlett books.

I read Scarlett Undercover as an electronic ARC courtesy of NetGalley and Little, Brown Books for Young Readers.