Joe Beck’s best friend, Brian, has disappeared with his father in a mysterious incident. Strangely, in Joe’s small town on the Canadian prairies in 1973 the only thing on the news is the Watergate trials in the states. The news says nothing about fifteen-year-old Brian’s disappearance and there’s little evidence that the adults are actually working to find him. Amid this background of untrustworthy adults, Joe’s uncertain what to do. But when he gets a call from his missing friend, Joe becomes determined to uncover the truth and save him.

Before I began reading Fall in One Day I wondered whether teen readers today would be interested in a book set in the 1970s, but I was quickly drawn into the story and I think many teens would be, too. Terlson weaves historical events: Watergate, LSD use, old movies, into themes that will always strike a chord with teenagers as Joe questions the trustworthiness of adults, one’s responsibility toward one’s friends, and the complications of becoming an individual within a larger society. Joe is a sympathetic character whose loyalty and intelligence lead him to investigate and solve the mystery of his friend’s disappearance.

I received an electronic advance reader copy of Fall in One Day from NetGalley and the publisher in exchange for an honest review. 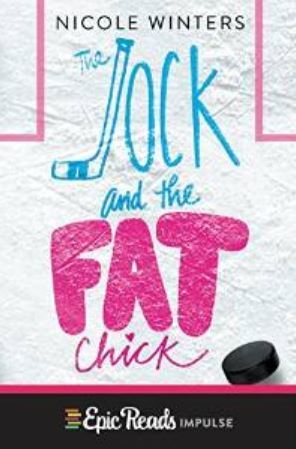 Wolves dragged Grace off the tire swing, biting and worrying her skin, but she did nothing to stop it. She just lay there. It was the light wolf with the yellow eyes that stopped them. In the six years since the attack Grace has listened and watched for the wolves –especially “her” wolf, the one with the yellow eyes. The town has mostly forgotten the attack on Grace, but when the wolves attack and kill a high school student, Grace hurries to protect them from an angry mob. That’s when she learns a secret she only dared dream before.

Told in alternating points of view, Shiver is a love story between Grace and her savior, a werewolf named Sam. But now that they’re finally revealed to one another they’re in a race against time. The cold makes werewolves change and winter’s coming on. Grace doesn’t want to live without Sam — and this time he might never change back.

This is an interesting twist on the traditional werewolf idea. I enjoyed Stiefvater’s take on the change and on the challenges faced by the werewolves. I loved the sweet romance between two people who had been betrayed by those who should love them the most but who, despite everything, stood fast for each other.

Gloria and her best friend Carol have a plan: to graduate from high school in Louisville, go to New York, and to skimp by however they can in order to make it in the theater and the ballet respectively. Gloria’s totally in, but first she wants to spend one summer on a college campus, just for the experience. So the summer before senior year Carol heads for ballet camp in New York while Gloria chooses Geek camp at the University of Kentucky.

Gloria’s thrilled to be entering the unknown. She chose the one course that came with no description. It’s also got a requirement that she give up technology and electronic communication for all four weeks of the program. Gloria’s excited rather than deterred by this dictum. She packs her pen and a notebook and leaves her technology and her city life behind.

This is a charming novel about possibilities. Gloria is the epitome of seventeen. She’s driven by her past, figuring out who she is, judging and embracing her camp mates, and opening herself up to new ideas and experiences. The characters in the story are appealing and flawed and coming of age in a wonderful way.

I think that as a younger teenager I would have loved to read this book and imagine myself in Gloria’s shoes. It’s full of the questions teenage girls and boys have about love, the future, and their past. This would make a great addition to young adult collections and a fun read for vacation or a lazy weekend.

I read Breakfast Served Anytime courtesy of Candlewick and NetGalley.