Daughter of Egyptologists and superpower wielding Nefertari Hughes is at it again. Halfway through her senior year in high school, Terry’s got some major life decisions ahead of her. The rest of her life is looming and Terry and her best friend Maude must decide what they’re going to do next. Unfortunately, their choices aren’t exactly what their parents had in mind for them, and they’re both avoiding that reveal.

Soon, mind a jumble of thoughts and emotions about the future, Terry’s wrapped up in another big mystery involving Cleopatra’s legacy. Is it right for Terry to involve her friends and boyfriend in the danger that seems to follow her? Is she taking foolish risks because of her powers or is she simply a victim of circumstance? 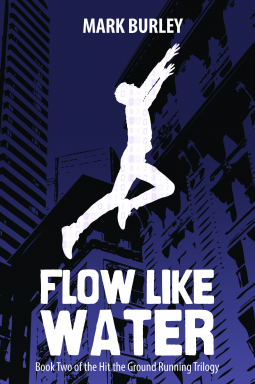 Kam is not your ordinary Victorian debutante. She was quite an eligible catch in Edinburgh society—that is until the grisly murder of her mother. Now Kam lives under dual shadows of pity and suspicion. But Kam cares little about how others see her—much less than she once would have—for with her mother’s murder she discovered another world, a world that changed her life. Now Kam spends her evenings battling and killing faeries, and her greatest challenge is how to hide her new badass self in the façade of the demure debutante she once was.

Ironically, the only ones who know Kam for her new faerie-slaying self are her partner and trainer, an uber-powerful faerie and the pixie who inhabits her closet, fixes her clothes, and drinks all the honey he can get his little hands on. Soon, Kam’s going to have to get beyond her one-faerie-a-night killing spree because the most powerful faeries, the ones that have been safely locked away for thousands of years, are about to get free, and if Kam doesn’t stop them, they’ll be coming for her and for everything she loves best.

I requested this book from NetGalley because the title led me to believe I’d be delving into a world of medieval bird wielders. Well, not so much, but I certainly was not disappointed. A strong heroine is exactly what appeals to me in a Victorian setting. I much prefer the young woman whose main concern is hiding her weapons in her ball gown than the one who’s agonizing about how to fill her dance card. The steam punk elements are great fun to contemplate, and the main characters’ histories and personalities are complicated enough to be mused over in the times one must stop reading to attend to real-world responsibilities.

I went from this book straight to The Vanishing Throne, the second book in the series which did not disappoint. The Fallen Kingdom, the third book in the series, is out in June. I’ve got the ARC waiting in my reader, and I’m eagerly awaiting the moment that it rises to the top of my to be read list!

Jinx is a genius. She went to college at fourteen and holds a half dozen extremely valuable patents and an MD to boot. Unfortunately, her people skills leave a few things to be desired, and her friends have wasted no time in letting her know.

Jinx was involved in finding the mysterious crystal on her friend Wilder’s ranch a few months ago, and she’s promised to use her considerable scientific knowledge to help figure out what it is, but it’s killing her to do so. Her stomach’s burning, she’s exhausted, and she’s nearly bitten through her tongue in an effort to keep her mouth shut. She’s determined not to betray herself with statements the others will take as rude or conceited.

Jinx promised Wilder she’d stay for six months. As soon as the time’s up, though, she plans to get away to her house in the mountains. But when everything comes to a head at the ranch, Jinx insists on spending the rest of the six months in Marshes, away from her friends at the ranch and her colleagues at the University.

Feeling betrayed by her old friends and her own body, Jinx struggles to read the people around her and find her place in this new community. Will her life there continue on its downhill course or will this tiny, struggling town provide Jinx with the healing she so desperately needs?

Sweet Water is the second book in the Birds of a Feather series. Like the first book Wilder, Sweet Water sucked me in and didn’t let me go until I’d read it all. I read the whole thing the day it arrived. It’s got romance, a touch of the paranormal, and enough action and adventure to keep things exciting—a great YA read for a time you want to be carried away by a story.