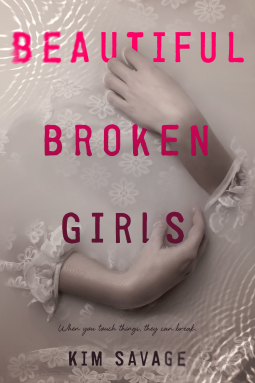 When sisters Mira and Francesca are found drowned in the bottom of the town’s old quarry, the citizens of the Boston suburb where they lived are horrified—especially since the accidental death of their cousin only a few weeks earlier. The town is reeling. The newspapers suggest a teen suicide trend. In fact Ben’s parents are watching him like hawks, afraid that somehow his one-time girlfriend’s suicide will spur Ben to take his own life. But Ben doesn’t want to die, he just wants answers: Why did Mira become so distant? What was going on in her head during the month before she took her own life? Did their father’s overprotective ways push the girls to do something drastic?

Ben’s first thought when he sees the letter in Mira’s handwriting is that she’s alive, but he knows better. Instead, before Mira died, she left Ben a series of messages hidden in the places that they touched. Each message explains a little bit more about what happened and why. But the messages are cryptic, and don’t always contain the information Ben is longing for. In order to find the answers his heart needs, Ben will have to navigate an ever more complicated labyrinth of locations past friends and adults who have their own agendas, suspicions, and fears.

Beautiful Broken Girls is a page-turner of a book and an eerie, New England tale. I zipped through it quickly, eager to discover what exactly had happened to Mira and Francesca. Ben is a sympathetic character, and I felt his frustration as he tried to piece together the clues to the mystery. Through flashbacks from Mira’s point of view, the reader also gets to know the girls in their last days.

I felt that many of the characters in this story did not have clear motivations. I would have liked to come away with a better understanding of the motivations of the adults in the story. Perhaps since the story was told entirely from the point of view of teens, this makes sense, but I would have liked a little more insight into their decisions and motivations.

A quick and engaging read, Beautiful Broken Girls comes out on February 21.

I received an advanced reader copy of Beautiful Broken Girls from Netgalley and the publisher, Farrar, Straus, and Giroux.