Once, at the start of her junior year of high school, Elise Dembrowski attempted suicide, The thing about committing suicide is you’ve got to have the right playlist, that is, you do if you’re Elise Dembrowski. Elise’s attempt doesn’t succeed–she didn’t mean for it to–but it does start her on a new path.

When Elise returns to school, she gives up once and for all on school social life and launches herself more firmly into her music and the midnight walks that calm her. When one night she comes across an all night dance party, Elise finally finds a life in which she can be a star rather than a misfit, but she’ll have to sneak around and deceive her parents to keep up her new lifestyle. Will Elise manage to make her new dreams come true?

I loved this book about a high school misfit who finds her passion and ends up to be the coolest kid around. I think the story will resonate with many teens who are trying to navigate the waters of high school social pressures and life as a young adult. This one would make a great addition to personal, classroom, and library collections. 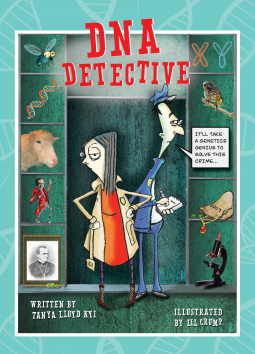 A middle-grade nonfiction book, DNA Detective tells the fascinating story of how scientists unraveled the mystery of DNA over the years. The text moves chronologically and from scientist to scientist as they advance the theories of how humans, animals, plants, and cells are created. The story is presented in a way that is both clear and interesting.

With such a complex scientific topic, I expected to find this book either hard going or far too simplistic for middle graders, but I was very pleasantly surprised. Tanya Lloyd Kyi laid out the stories and the science in a very engaging and understandable manner. I think kids interested in science would be very interested to read this book.

My largest problem with the book was that once introduced, the scientists were called only by first names. I don’t blame the author or publisher for this–I think it is the current convention for children’s books–but this middle-aged reader had trouble keeping track of Charles and Gregor and would have had an easier time with Darwin and Mendel.

This book would make a great addition to classroom, school, and public libraries and a great gift for inquisitive kids.

I read DNA Detective as a digital advance reader copy courtesy of  Annick Press and NetGalley. 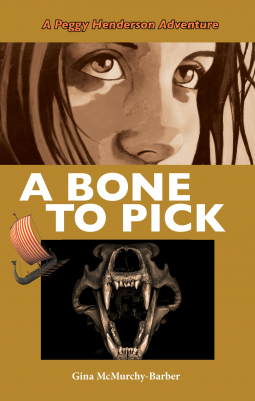 Peggy Henderson is expecting to have a quiet summer at her home in British Columbia when instead she scores the opportunity to join her friend Dr. Edwina McKay at an excavation site in Newfoundland. Peggy’s been on digs with Dr. McKay before, but this time she’s having a tough time getting away from her job as cook’s assistant in order to actually be a part of the dig. When Peggy does get away, she manages to discover an important Viking site, but due to several factors she’s immediately banned from the site. Will she ever get credit for her discovery?

This is the fourth adventure in the Peggy Henderson Adventure series. I haven’t read the previous books, and it can be difficult starting a series in the middle. That said, I thoroughly enjoyed A Bone to Pick and had no trouble relating to or understanding the characters. It read well as a stand-alone book.

A Bone to Pick would be great for kids with an interest in history, anthropology, or forensics. As a history buff and fan of Kathy Reichs’ Temperence Brennan mysteries, I greatly enjoyed those aspects of the books. Peggy is a flawed, enthusiastic, and fun character. She’s very knowledgeable and driven to learn all she can about archaeology, but strives to be taken seriously by the college students on the dig.

Now that I’ve read this one, I’ll be looking for the previous Peggy Henderson stories so that I can catch up on her escapades.

I read A Bone to Pick as an electronic advance reader copy courtesy of Dundurn and NetGalley.