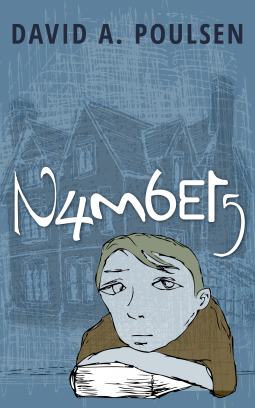 Andy Crockett has no luck. He doesn’t fit in to any of the popular groups at school — he’s not even officially part of the group of misfits he hangs out with. He nearly had a steady girlfriend, a girl he really liked, but he managed to blow it, and now she hates him. Fortunately, grade ten is starting to look like it might be a lot better than grade nine now that Andy’s managed to score the coolest teacher in school for social studies.

Mr. R teaches his students to question everything, including popular portrayals of history. But when he teaches the unit on World War II, Andy will have to think long and hard to decide who and what to believe, especially when his actions could mean the difference between the harm or the safety of someone in town.

I chose this book to read and review because I found the premise so compelling. What would happen if one of the social studies teachers in a school was a Holocaust denier? Especially the cool teacher that had all the kids’ respect. What a great question! I’m still contemplating it after reading the story. Mr. R. uses some really powerful activities to get the kids thinking along the lines he’s planned, he’s a master manipulator, and he understands the cynicism of teenagers well enough to mold their thinking.

Though these aspects of the plot intrigued me, I was disappointed in Andy, the main character. He was so ignorant that I kept being surprised that he was in high school. His peer pressure and hormone-infused interactions with others seemed realistic enough, but I had trouble imagining that any kid in North America would get to grade 10 without having learned something about World War II or even about religions other than Christianity.

I can’t say I enjoyed reading Numbers. It’s not a happy or particularly redeeming story. Nonetheless, I think the story poses many important questions, and that perhaps, if it is read and discussed, many of the issues raised could lead to conversations on ethics that would truly engage middle school or high school students.

I received an electronic Advance Reader Copy of Numbers in exchange for an honest review courtesy of the publisher, Dundurn, and NetGalley.